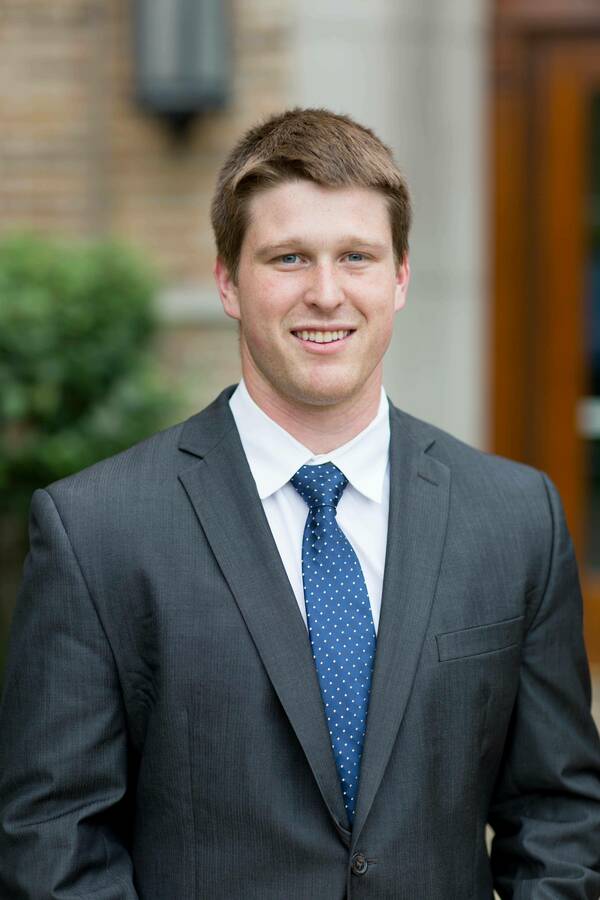 After earning a BS in Applied Mathematics from the University of Notre Dame, Evan Welsh ’20 found his way into healthcare through a position at Epic, a healthcare software company. He served as a technical consultant, supporting hospitals as they used billing software and measuring how they used automation.

As Welsh worked to benchmark hospitals’ participation and comfort levels with available technology, he also got some hands-on experience with data collection and analysis. “That type of work was only about 25% of my time,” he explains. “The other 75% of my time was spent on consulting with clients and health systems on software configuration. But I realized I wanted that 25% to become 100% of my work.”

To reach this career goal, he began looking into graduate programs and contacted his alma mater for suggestions. When he found out that Notre Dame had launched an online MS in Data Science program, he applied right away.

“It was an easy decision once I learned about the program and how it was structured,” he explains. “It seemed like a good mix of what I was looking for. It wasn’t just about the mathematics and the models behind it. It was about how to connect with your audience and communicate to people who aren’t always going to understand those finer details.”

Throughout the duration of the program, he balanced his courses with his full-time job. Although it was sometimes a struggle, he knew the hard work was worth the effort to switch career paths—and he credits his cohort for helping him make it through.

“You build a camaraderie as you get closer with one another, and that includes faculty and staff,” he says. “Having that network—even when times were tough—made a difference. You had other people going through the same things. That made it much easier and more rewarding.”

As he moved through the program, Welsh could see his healthcare data science skills improving as he carried out the lessons he learned. “I became the go-to guy for the job as far as a data project I was leading. I even gave a presentation to about 350 healthcare executives about my work. A large part of my success was based on using concepts from the Storytelling & Communications for Data Scientists course.”

He says the class not only taught him how to tell compelling and effective stories that grab attention, but also tactical skills like creating engaging slides that show the right mix of data, stats, and narratives.

Just a few months before he graduated, Welsh leveraged the experience and knowledge he built at Notre Dame to land a new role as a senior data analyst for Well Health—a job 100% dedicated to healthcare data science.

“I wouldn’t have gotten that role if I wasn’t on my way to getting this degree. It gave me the tools I needed to crush the interview, answer technical questions, and present a case study of a big data set to the CTO,” he explains.

During his time at Well Health, Welsh helped bring better control and management to the company’s data, assisting with standardization and consistency to make a long-term impact on analysis. Along with his team, he used patient-demographics data to solve problems for the company’s clients: how to reach and communicate with patients, how to motivate them to show up to appointments, how to minimize anxiety, etc. He also used this data to determine how the organization was helping its customers save money, improve healthcare, and integrate automation to improve productivity and efficiency.

In May 2021, Welsh moved on to a senior data analyst position with Vida Health, a virtual care company that treats the whole patient by bringing mental and physical healthcare together through technology, therapists, and coaches. In this new role, he collects, organizes, analyzes, and reports on findings from large amounts of user-generated data so Vida Health can make informed decisions.

“I want to show people how they can get the most out of their data,” says Welsh. “There’s more data out there than there is talent to manage it, but there’s so much that companies can do when they have someone to help them wade through it. I love helping them!”