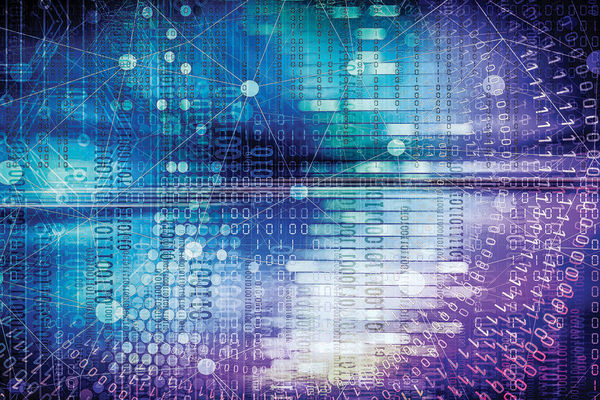 Managers at MedThink, a family of healthcare communications agencies based in North Carolina, had a series of internal questions they wanted to answer, but little time to answer them because of other competing priorities.

They needed a team of data scientists to dig below the surface information of how they used their staff members’ time on projects. A second project sought to find out if there was an easier way to comb through piles of scientific studies to learn about a medical topic, freeing their writers to more efficiently assimilate the information and write more.

They accomplished both objectives by partnering with two different groups of students in Notre Dame’s Online Master of Data Science program. The partnership, which represents two of the seven capstone projects completed by 2020 final semester master’s degree students, helped students use what they learned in the 21-month program to develop answers to real-world scenarios.

One of the projects examined all the jobs and hours spent on client projects, which may have thousands of records each, said Steve Palmisano, senior vice president and general manager at MedThink. Through the deep data analysis, the team uncovered patterns MedThink was previously unaware of, which will allow them to plan future projects more efficiently at both the individual project and agency-wide levels. For instance, they can more accurately determine at what point in a project to bring in the graphic designer, an editor, or other specific team members.

One key deliverable of the “timesheet and operations analysis” project, as it was loosely called, was an interactive dashboard application built for MedThink employees to use daily for future planning.

“The MedThink project was interesting because my company, AT&T Consulting, is also a professional services organization, and so many of the questions that MedThink had regarding their consultant timesheet data were applicable to my own company,” said recent graduate Mark Smith, of Dublin, California, whose current job with AT&T includes performing analytics on campus network health and performance data.

Farhad Salemi, of San Jose, California, also an AT&T employee, said that as project manager, he ensured that all deadlines were met and that the team member deliverables were submitted on time. He also developed a tool that depicted the workload demand, which showed when the bulk of hours were incurred during any project. He appreciated working on the capstone project because it gave him the opportunity to exercise the skills he learned during the master’s program.

“It gave me the practical aptitude to work with a commercial enterprise aside from the educational environment,” said Salemi.

The other MedThink project, which used text mining to assist in research before the scientific writing process, was devised to help MedThink work smarter and not harder, Palmisano said. Reviewing medical literature is labor intensive, and new medical literature is expected to double every three months by 2022.

“In today’s age, you’re trying to innovate, and one of the hottest words is ‘experimentation,’” he said. “If you’re nimble, you’re always experimenting, and it was interesting to see all the different pathways the team went down. We learned so much about avenues that won’t work so we have a better handle about the advantages, and how to make things work.”

Smith and Salemi were among 41 students in the cohort who graduated with master’s degrees in May. For their capstone projects, students divided into groups of six or seven students. In addition to the two projects for MedThink, teams worked on projects for the City of South Bend, Horizon Educational Alliance, the Notre Dame Alumni Association, Advanced Auto Parts, and Katz Media.

Palmisano said he has enjoyed working with the master’s students and is already proposing some projects for the next cohort. MedThink has been an invaluable partner as well, said Roger Woodard, director of the program.

“Working with MedThink and our other corporate partners allows our students to see the full data science process in action; this helps them to really see, understand, and problem solve in a way that is difficult to achieve in a traditional classroom setting,” Woodard said. “The experience of working with these corporate partners helps to prepare the students to be three- dimensional data scientists in their future careers."

For more on the Online Master’s in Data Science program, visit datascience.nd.edu.

Originally published by Deanna Csomo McCool at science.nd.edu on June 23, 2020.